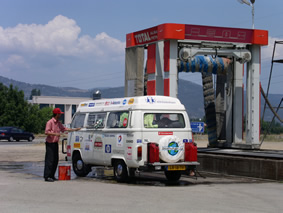 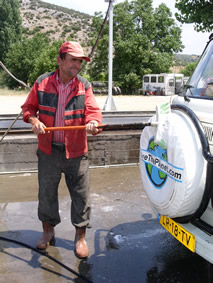 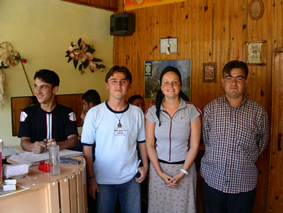 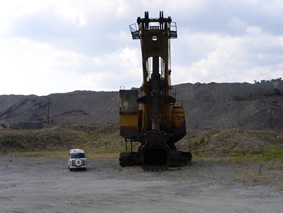 On the road from Bursa towards the south we encountered true Turkish hospitality. It started when we stopped at a Total Petrol station to check our oil. We had a full tank so we bypassed the attendants and parked the car a bit further. As we have to make sure we drive with enough oil to cool the engine we check it regularly. We opened the engine compartment and as there were no customers, the attendants came and watched us, with the utmost curiosity, doing performing the oil check.

Where are you going….? One of the attendants asked in broken German.

Well yeah… we could use one

Well… we could use that as well…

And before we knew it two men were cleaning the car as your neighbour does on a Sunday morning. We watched it all happen while sipping our tea! We had never seen the car this clean before! After thanking the men, we got a box of tissues as a gift as well and were astonished. How great…

About two hours later, after driving on a little narrow road through a spectacular countryside of hills, mountains and mining area’s we got to a small town.

We wanted to grab a bite and drove into town. There, we were looked at as if they we were the first European to hit the town. Maybe we were actually? We asked for a kebab place and were helped with parking the car and brought to the towns nr 1 kebab place. Not that it was very special but because there was only one. We decided to order a burger and sat down. Then somebody was rushed into the place and sat down next to us.

The towns only English speaking kid had been brought in to check out who we were. We were the talk of the town as, believe it or not, The Major walked in 5 minutes later for a quick hello! We chatted with the kid and proudly he explained he was going to be a vet and that he loved dutch cows. When we wanted to pay it was kindly refused. We tried and tried but not in a million years we could pay it. We were their guests.. and guest don’t pay!

We left being waved at by everyone on the street…. How cool… how strange… how perfect… how friendly… We did not know it still existed in Europe… We’d wished Holland was like this!

« Our first visit to a SOS-Childrens Village Pamukkale »