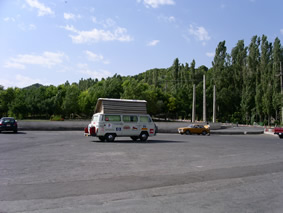 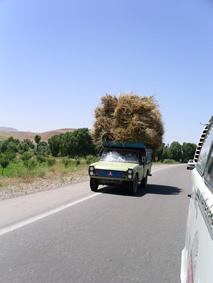 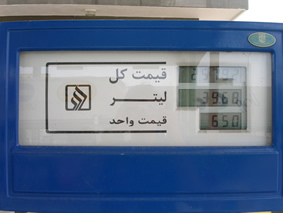 We got the tip from several overlanders to spend the first night in Elgoli park in Tabriz. This would be ‘the place’ to go as you can stay on a car park safe and for free. We had no idea what to expect but noticed it was popular as there was one big traffic jam all the way from the centre to Elgoli park. It was Friday and as this is the only holiday of the week (they work 6 days here!) the whole city went to Elgoli. We found a spot amidst the hundreds and hundreds of cars and decided to have a look at the park as well. Everybody was either walking around or having a picnic in the park. We were a sight on our own and everybody wanted to talk to us. The macho men shouted from a distance; ‘Where are you from’….. ‘welcome to our city’…. and the women giggled when we walked past.

The only problem was that our camper was a sight not to be missed as well and that the shouting continued until 4 in the morning. We didn’t sleep well and when we finally woke up at around 10, the parking lot was empty and had turned into an oases of peace!